Iowa's Seventh General Assembly adopts a charter to establish the "people's college." The bill is signed by Iowa Governor Ralph P. Lowe and establishes the State Agricultural College and Model Farm. An appropriation of $10,000 is made to purchase land and finance improvements.

Story County is selected as the site for the Iowa Agricultural College. The original farm of 648 acres is purchased for $5,379. The college is founded on the ideals that higher education should be accessible to all and should teach liberal and practical subjects, ideals that are integral to all land-grant universities. 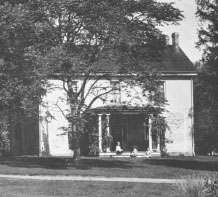 The Farm House is the first building on campus. It is built from materials found locally and bricks made on campus. The college farm managers and superintendents live in the house in the early 1860s. The house also is home to the first two presidents of Iowa State, and later the Deans of Agriculture make it their home. College and university faculty live in the Farm House until 1970. 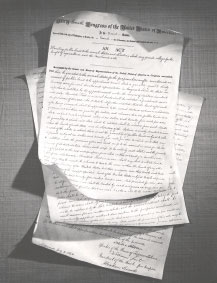 The Morrill Act is signed by President Abraham Lincoln on July 2. On September 11, the Iowa Legislature accepts the provisions of the Act, which makes Iowa the first state in the nation to do so. The Morrill Act endows federal lands to establish a college of agricultural and mechanical arts in each state. 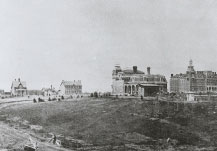 Iowa Agricultural College and Farm opens as the first coed land-grant in the nation. The first class consists of 136 men and 37 women.

Charles Bessey, a faculty member until 1884, is recognized nationally as an expert in plant pathology, and his "Diseases of Plants" is among the first books to outline the scope of plant pathology in America.

First laboratory work in the nation is in undergraduate botany instruction. 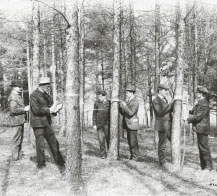 First forestry courses are offered in the nation.

Iowa Agricultural College awards its first Master of Science degree to J.C. Arthur, a student in botany, who goes on to become an expert on rust fungi. 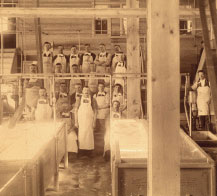 The Hatch Act provides for the establishment of agricultural experiment stations at land-grant colleges. Seaman Knapp and Charles Bessey, both professors at Iowa Agricultural College, help author the act.

Horticulture is the first agricultural discipline to be organized as a separate department.

Iowa Agricultural College offers the first course in bacteriology in the nation. 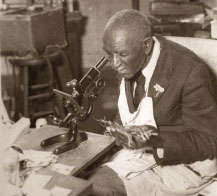 George Washington Carver receives his master's degree in horticulture and leaves for the Tuskegee Institute where he discovers new uses for peanuts, sweet potatoes, and soybeans. Carver is the first African-American student and faculty member in the Iowa Agricultural College.

First master’s degree in farm mechanics in the nation is granted.

First county cooperative experimental extension farm opens in Sioux County. Farmers wanted research done in northwest Iowa because growing conditions differed from the state college location, which was 200 miles away. The farmers provide the land, labor, and money for experiments. The agreement provides the first basis for extension work throughout the United States. 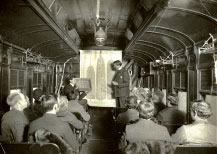 Perry Holden, professor of agronomy, travels around Iowa with his “corn train” educating farmers on the importance of selecting and testing seed corn.

First-in-the-nation professional agricultural engineering department and degree program in the nation is created.

J.B. Davidson is the first president of the American Society of Agricultural Engineers. 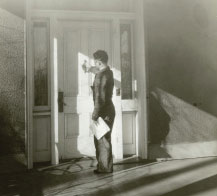 The first agricultural engineer degree in the world is granted to Jacob E. Waggoner.

Henry C. Wallace, an 1892 graduate, appointed Secretary of Agriculture under President Warren Harding, serves until his death in 1924. 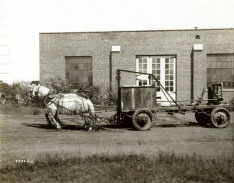 Iowa Experiment Station receives its first patent in 1926 for a device measuring the strength of horses in pulling contests.

Henry A. Wallace, a 1910 graduate, is instrumental in the development of hybrid corn. He serves as U.S. Secretary of Agriculture until 1940. He is elected vice president of the United States with President Frank-lin D. Roosevelt in 1941.

Experiment Station microbiologists Clarence Lane and Bernard Hammer develop a process for making a blue cheese from homogenized milk. It becomes the industry standard and is used to make Maytag Blue Cheese. 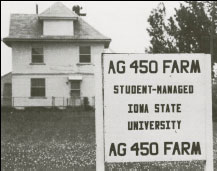 First student-managed farm in the nation opens. The AG450 Farm provides hands-on learning for students and continues to do so today.

Agricultural climatology research, believed to be the first such research program in the nation, is established.

Experiment Station microbiologists Clarence Lane and Bernard Hammer develop a process for making a blue cheese from homogenized milk. It becomes the industry standard and is used to make Maytag Blue Cheese.

North Central Regional Plant Introduction Station opens to preserve and distribute plant seeds gathered throughout the world. It is a joint venture of the USDA Agricultural Research Service and the 12 north-central state experiment stations. 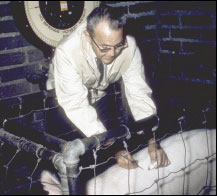 Lanoy Hazel, professor of animal science, develops back fat probe. It is the first scientific tool that allows swine breeders to measure fat cover on live animals and helps reduce fat by 40 percent.

Rural sociologists George Beal and Joe Bohlen develop the diffusion of innovation approach, which became the foundation of every social change program throughout the world.

Iowa State College of Agriculture and Mechanic Arts name is changed to Iowa State University of Science and Technology.

A poultry gene complex important to disease resistance and immunity, previously known only in humans and rodents, is first discovered. 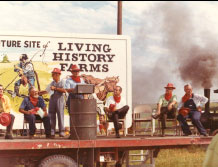 Iowa State houses the Largest agricultural college in the nation - 20 percent of its graduates go into farming, 20 percent go to graduate school, 25 percent go into business or industry and 35 percent pursue a variety of careers.

Ag Career Day is started by the student Agricultural Business Club. In 2006 it is the largest ag career fair in the nation.

Wayne Rowley, entomology professor, begins a statewide mosquito monitoring program after a child in Wisconsin dies of a mosquito-borne illness.

The nation's first extension climatologist is appointed in the agronomy department. 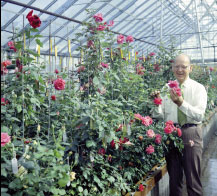 Griffith Buck, horticulture professor, develops “the bluest rose in the world.” From 1962 until his death in 1991, Buck released 87 rose varieties, and many are grown at Iowa State’s Reiman Gardens.

The Meat Export Research Center develops round bacon, which is used in fast-food sandwiches.

First field-test of a genetically engineered poplar tree implanted with a pest-resistant gene is done.

Researchers use ultrasound to measure fat on live animals. 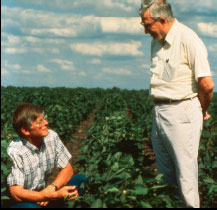 Walt Fehr, agronomist, and Earl Hammond, food scientist, develop a soybean that is low in saturated fat. It is recognized as one of the top 100 innovations of 1991. 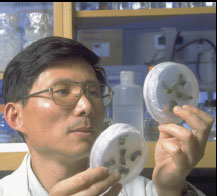 The Plant Transformation Facility opens. It is the first public facility used to insert genes into the genetic material of corn and soybeans.

First organic crop specialist is hired at a land-grant university.

First master’s degree in agronomy via distance education is offered.

The West Nile virus is found in Iowa. Entomologists at the Iowa State Medical Entomology Lab, which began in 1978, monitor mosquitoes in Iowa.

First graduate course in the nation to address crop bioterrorism is offered.

Endowed gifts provide more than $1 million in scholarships for students.

Meat science program is ranked first in the nation by Meat & Poultry magazine.

Researchers design fertilizer application system, reducing the amount of fertilizer applied to crops, that is named top new technology by the American Society of Agricultural Engineers.

Ultrasound technology helps researchers produce an Angus cow that is ranked first in the nation by the American Angus Association. Beef breeding selections are based on the amount of intramuscular fat or marbling.

Science with Practice programs give students the chance to earn credits and work in areas that are in-line with their studies. 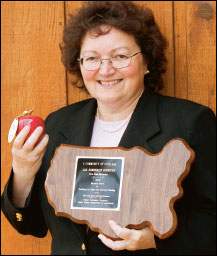 Gail Nonnecke, horticulture professor, is awarded the annual USDA Food and Agricultural Sciences Excellence in Teaching Award. She is one of only two people to receive the national award, which encompasses all the food and agricultural disciplines.

Iowa State Turf Bowl Team wins national champion for the sixth year in a row and the eighth time in the past nine years.